MMA has had a very long and great history in the education field with educational experience that ranges from Pre K-12 to Higher Educational Facilities. Our passion and innovative design approach is a direct result of our daily in-house environment that has been created and organized in a manner that fosters our employees to comprehensively focus on every detail from project implementation to successful delivery in a way that is assertive and forward-thinking.

The ECC addition was modularly built and finished in the factory, delivered to the site and installed. The modular units consist of twelve classrooms complete with barrier free bathrooms, sinks and built in storage cabinets, and supplies the additional facility space required for Burlington City to implement full day, full year programs. The footprint of the ECC was approximately 80’x 213′ (15,444 s.f.). 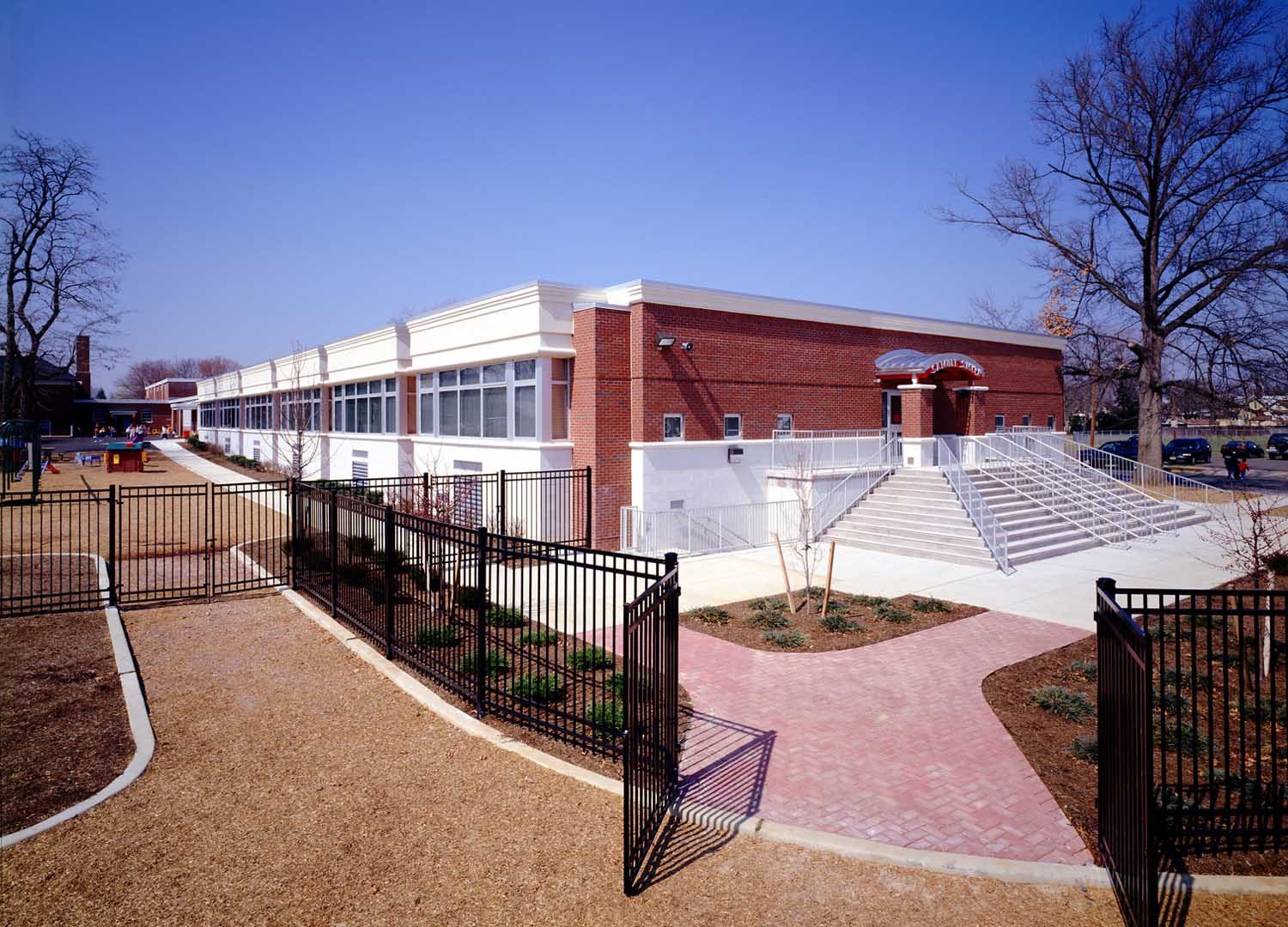 Another one of MMA’s exciting school projects is the Queens, NY PS 24 School. The New PS 24 school is located on an existing zoning lot that consists of two corner lots and a through lot totaling 65,000 square feet.  The site is bounded to the east, south, and west by Robinson Street, Holly Avenue, and Union Street, respectively. Immediately to the north, exists two and three-story, single family residential buildings. The surrounding immediate neighborhood is comprised significantly of closely spaced, two to three-story detached, single family residential buildings.

The existing structure covers more than half of the current site and while the original structure dates to 1931, there were two (2) wing additions built in late 1950s with two (2) Transportable Classroom Units (TCUs) installed more recently at the northwest corner to address increased student capacity. Prior to starting this project, there was an early removals project underway at the site to remove one of the additions, an existing 1-Story Kindergarten wing constructed in 1959, along with the two (2) TCUs in order to enable construction of the New School Facility.

This work was completed in June of 2016. The overall school consists of five stories plus bulkhead and cellar levels with a total zoning floor area of 125,155 square feet which will accommodate 692 additional students for Community School District 25. The purpose of the proposed project is to provide additional long-term capacity to relieve the overcrowding of the existing PS 24 facility.

The former main entrance was relocated to Union Street as the new main lobby will be situated within the first floor of the New Building. This new entry will provide access to both the new and existing school facilities. Elevators were also being introduced within the new structure to provide accessibility to all floors of the Existing Building. The new school includes a larger Student Dining at the Cellar level to accommodate the increased student capacity. In addition, a Rooftop playground has been provided at the 5th Floor level to replace the outdoor play area consumed by the new building footprint. 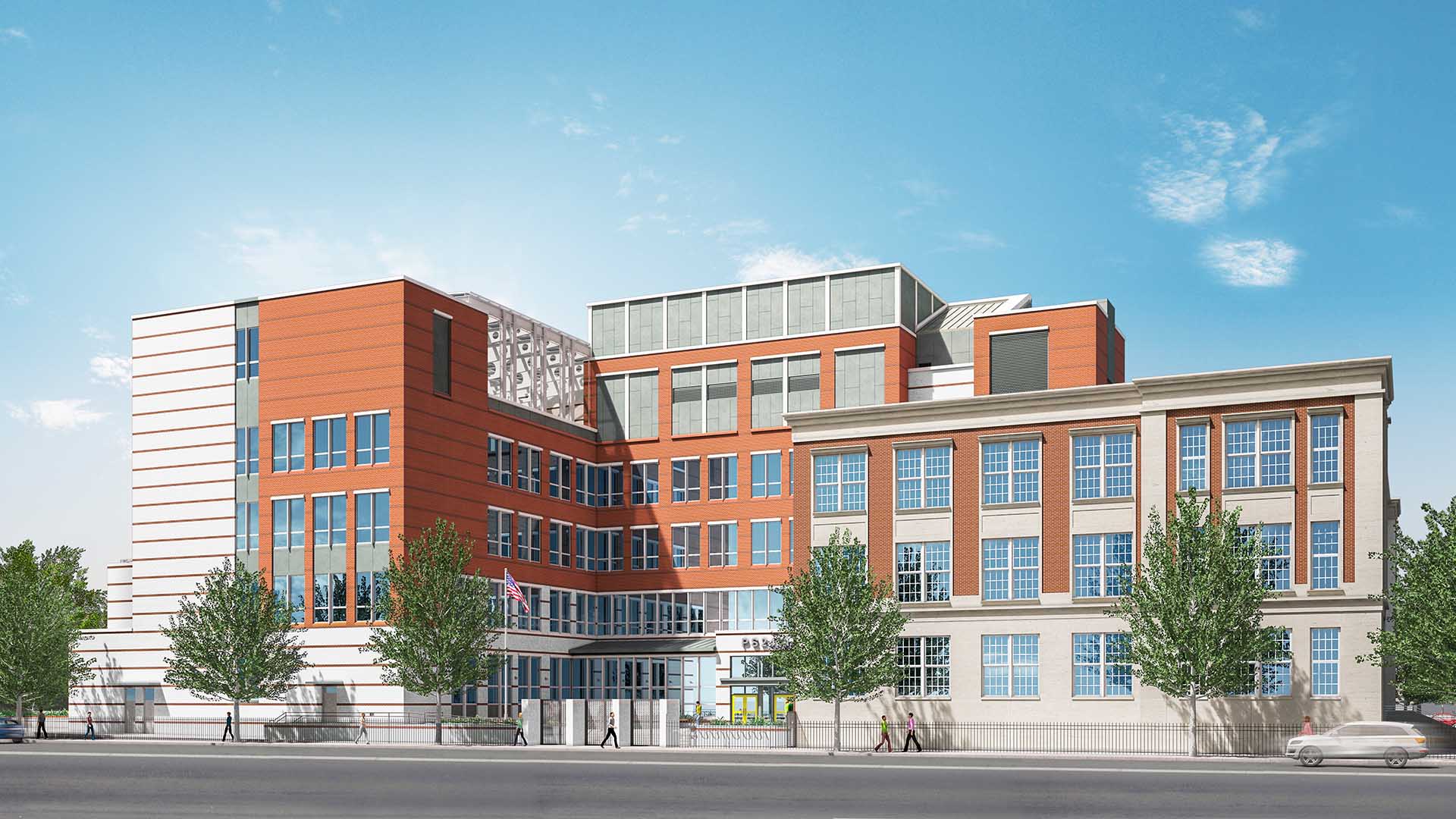 Another Queens, NY Project, PS 290, showcases the array of education work MMA has within NYC.

This NYC SCA project was awarded to the joint-venture of Michael Graves & Associates and Massa Multimedia Architecture, PC, PA (GMMA).

PS 290 is a new 104,250 sq. ft. primary school located at the corner of Metropolitan Avenue and Tonsor Street, in the Ridgewood section of Queens (Community District 5, Community School District 24).

The project site originally consisted of a 44,252 sf lot improved with a 9,445 sf building last utilized as a “Rite-Aid” and an asphalt-paved customer parking lot. Retaining walls were present along the southern and eastern borders of the site.  As site restraints required our new facility to be built against the property edges of the surrounding residential neighborhood, we were requested to accelerate portions of the work before the construction of the new facility. Acceleration included removal of the existing Rite-Aid and surface lot in their entirety as well as partial construction of the new foundation which would support the new 5-story structure.

The new school facility accommodates 616 students in grades P-K through 5 to meet the current and projected needs for the surrounding community. In order to provide the maximum amount of exterior space for the general and early childhood play areas, MGA/MMA designed the building’s footprint to be arced slightly. The offices, P-K and K classrooms, and the student dining facilities are located on the first floor while the upper floors house the balance of the required spaces and the District 75 classrooms. 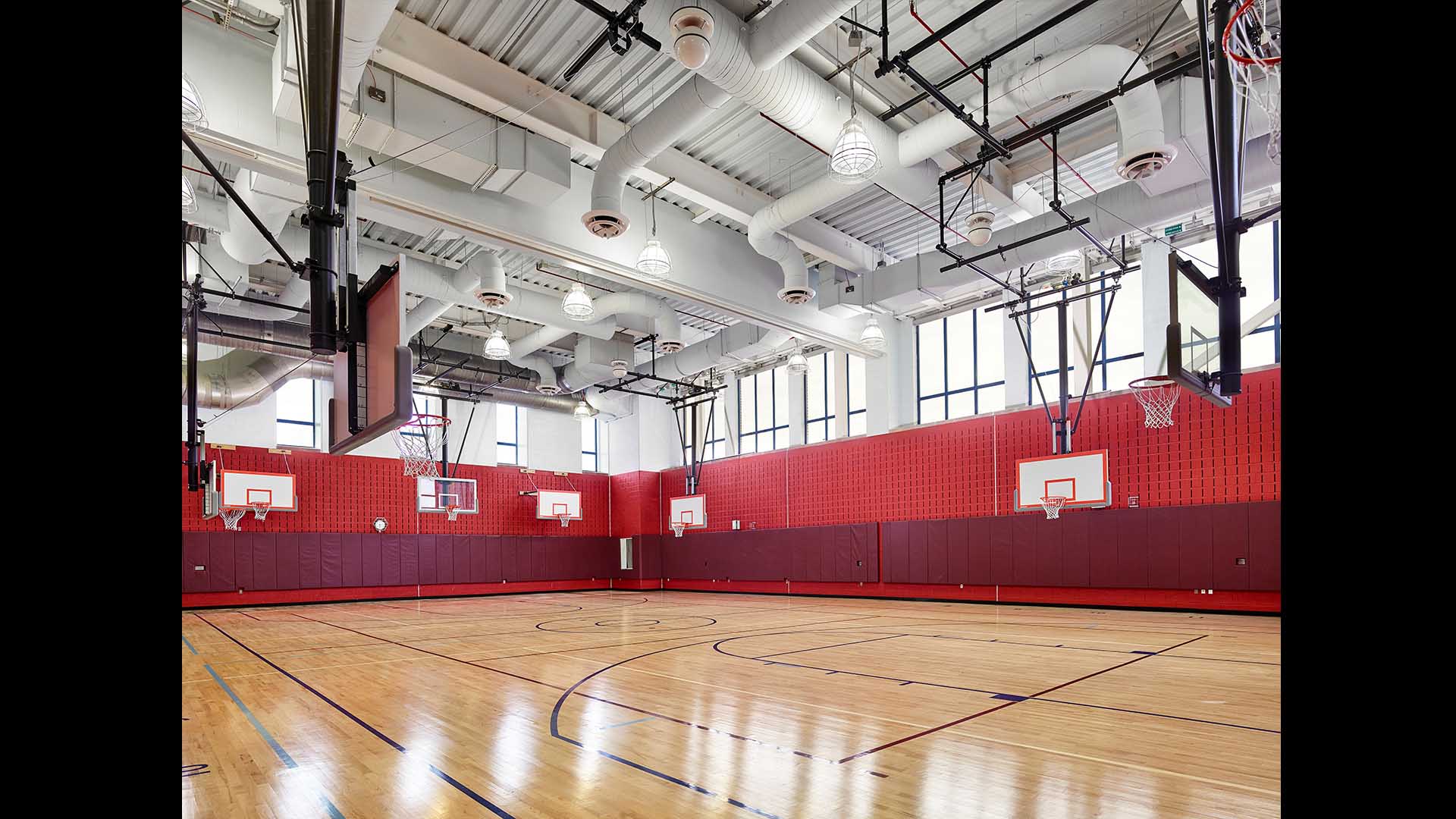 MMA was also shortlisted for the Rutgers Conklin Hall project. An exciting student center opportunity for one of NJ’s top institutions. This project is sited along the iconic entryway to the upper campus of Rutgers-Newark at Boyden and Conklin Halls, a beacon on Campus and is slated for occupation in Fall of 2020. Rutgers shortlists MMA as one of the highest ranked firms. MMA presented our updated vision to the steering Comittee during our formal presentation including conceptual images.

While good building design addresses the commonalities of a specific building type, MMA goes further to exploit the unique opportunities that each project presents. This additional consideration is crucial in the design of public facilities. The design of a facility we are tasked with within this RFP, on the one hand, must be functional and efficient to operate and maintain; and on the other hand, represent the Universities commitment to the student’s education and the projects’ value to the local community.

For the Rutgers Student One Stop and Commuter Lounge, the Senior Project Manager will be Peter Larsen, responsible for Full Production Oversight with assistance from our Project Manager, Tina Holmes. Our BIM Manager, Brian Gow will be involved in the design and production process from start to finish, while our Senior Detailer Dante Peluso will provide substantial guidance with his decades of experience throughout the Production and Construction Administration phases.

The team has been developed based on the strengths of its members and their history with similar projects. Establishing consistent teams across multiple projects allows the work to be completed well and within the scheduled delivery period.