On December 4th, 2013, Washington DC’s first stand-alone multi-level Walmart opened. Six years later, the unique store continues to inspire awe. Charles Fishman, the author of “The Wal-Mart Effect,” lauded the out-of-the-box design for its architectural distinction from other Walmart stores. Fishman calls the Georgia Avenue Walmart a “thoughtfully designed store … unlike almost any other [Walmart] in the United States.”

From the onset, the project team was tasked with breaking down the barrier of public opinion that exists in many urban communities that a Walmart in their neighborhood will have a negative impact on the community’s image and integrity. Building a “big box” store like Walmart in a historic neighborhood was an undertaking that demanded a much more specific focus on interior finishes and design than building a prototype store would have required. This process began several years before a shovel ever hit the ground by way of engaging the community in the project’s design. At critical points in the building design, we partnered with community leaders and hosted open house meetings to receive community input while concurrently working with city planners and the DC Preservation League. This collaboration between design and community provided the residents with a sense of ownership of the project.

Our project team’s architectural design process is what sets Georgia Avenue apart from a prototypical store. Incorporating the history of the Brightwood neighborhood into the design was a major priority throughout the project. The overall material palette of the interior vestibule and sales floor, structural system, and many of the geometric forms highlight the architecture of the area’s past and even reuse components from a car barn that was built on the site in 1909. In fact, the skylight atrium that runs the entire length of the store is supported by harvested trusses that were taken directly from the historic car barn. Reclaimed brick (taken from the actual car barn itself, in addition to brick created to resemble the historic brick) plays an important role in the construction of the interior of the store as well as in the patterns across the interior and exterior walking surfaces along the front of the store.

In its completed state, the design of the Georgia Avenue Walmart successfully integrates historic themes into a modern design, while providing the added environmental benefit of sustainable design through the use of reclaimed materials. Upon entering the store, the carefully articulated interior transports the visitor not into a Walmart, but into a Brightwood neighborhood shop. 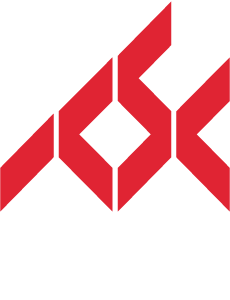 We’re going to be at the ICSC PA/NJ/DE Conference & Deal Making event and would like to meet with you. We’re working with a variety of developers and real estate firms across the US and given the opportunity, would like to show you what we can do.